Menu
About Us Menu

Once Georgia’s last frontier outpost, now its second largest city, Columbus is a true destination of choice. History, Theatre, Arts & Sports – Columbus has it all. On the banks of the Chattahoochee River, Columbus is located just 90 minutes southwest of Atlanta and is home to the longest urban whitewater course in the world. Columbus is proud to be home to Fort Benning, the largest Army base in the United States, as well as for AFLAC, Total Systems, Synovus, W. C. Bradley Company, and a number of other well-known employers.

Today, Columbus is a regional retail center and offers a variety of cultural, entertainment, and sporting activities. Among the facilities are the Springer Opera House (the state theater of Georgia), Columbus Symphony, National Infantry Museum and Soldier Center at Patriot Park, Civic Center, Historic District, Coca Cola Space Science Center, the new RiverCenter for Performing Arts and Callaway Gardens (just 20 minutes from Columbus). Columbus is also a sports hub. In addition to the recreational opportunities afforded by the Chattahoochee River and many parks and ball fields, the city is home to professional baseball, arena football, basketball and hockey teams, and was the venue for Olympic women’s fast-pitch softball in 1996. Annual events include the Riverfest, Steeplechase, Uptown Jam, and PGA tournament.

We're known as a community where you can enjoy the amenities of the big city along with the charm and hospitality of a small southern town. So it's not surprising that Columbus consistently ranks as one of the best places to live and raise a family. Visit us and discover Columbus today! 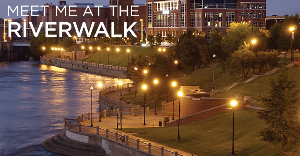 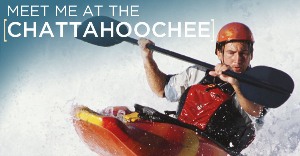 St. Francis is a proud supporter of the Greater Columbus Georgia Young Professionals.
Click HERE to find out more about YP.

More information is available on the beautiful city of Columbus through any one of the following links.

Did you know that Columbus is home to Fort Benning, the largest Army base in the United States, AFLAC, Total Systems, Synovus, W. C. Bradley Company, and a number of other well-known employers?